Leatherface comes to Netflix. Get ready for a gruesome and frightening chapter in the franchise.

The Texas Chainsaw Massacre will arrive on Netflix. The film is expected to pick up right where Hooper left off in 1974, bringing audiences to a point in which the terrors of Leatherface haven’t been known for quite some time. To mark the release we have the Texas Chainsaw Massacre Ultimate Leatherface figure by NECA. Selling at DragonGeeks for £35. 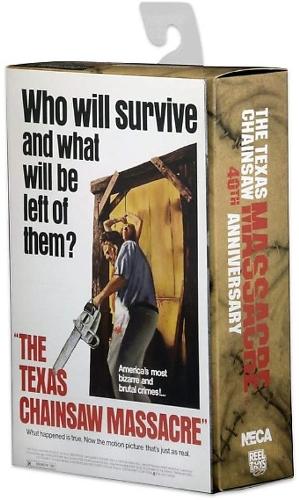 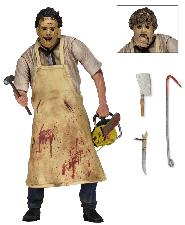 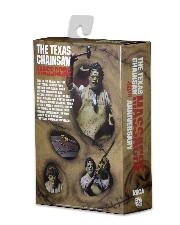 Leatherface is a fictional character in The Texas Chainsaw Massacre film series created by Kim Henkel and Tobe Hooper. He first appears in The Texas Chain Saw Massacre as a cannibalistic and mentally unstable mass murderer who, alongside his family, kidnaps, kills, and cooks unsuspecting travellers who venture near their ranch in an unidentified part of Texas!

The 7” scale figure from NECA, gets the deluxe treatment, with an all-new body featuring over 25 points of articulation, plus 2 equally gruesome interchangeable heads. Leatherface comes with chainsaw, knife, mallet, meat hook, cleaver, and a vinyl apron. Loaded with features, detail and articulation, and packaged in a Deluxe 40th Anniversary window box. From DragonGeeks.uk, we are selling this gruesome and terrifying figure for £35! 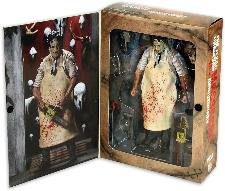