Jurassic World Roar and Attack ideal Christmas Gifts! Popular toys this Christmas and they are selling fast! They are ready for battle! 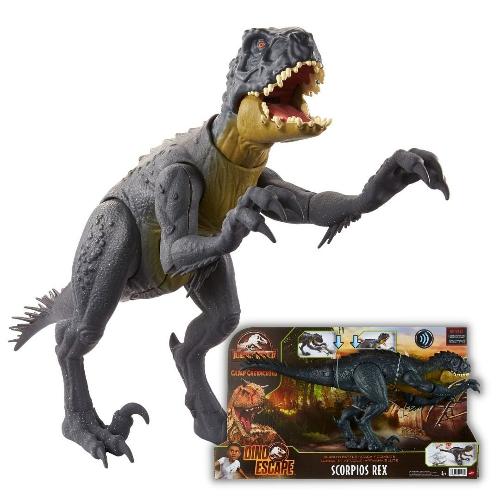 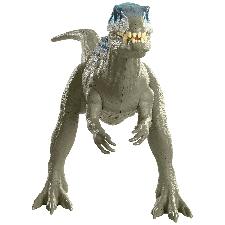 Get ready for more thrills and adventure with Jurassic World Dino Escape! These medium-sized Roar Attack dinosaur action figures are inspired by the animated series. We have two for sale currently at DragonGeeks and worth buying if you are looking for that Christmas Gifts.

We have the larger-sized Slash ‘N Battle Scorpios Rex action figure featuring a dynamic claw slashing feature, a chomp and roar, plus a mighty tail whip attack! To start the claw slashing action, push the button for a full-on arm extending slash and grab attack! Push the other button to activate a big chomp and roar. Pull the Scorpios Rex’s tail back to activate the spring-loaded motion for a surprise tail whip attack, too! The Slash ‘N Battle Scorpios Rex is on the hunt for other dinosaurs and campers so WATCH OUT!

We also have the BARYONYX CHAOS. Just activate the strike feature and hear three levels of aggressive sounds that build up to a mighty roar. Each strike action is iconic to its respective species. Figures also feature authentic sculpting, movable joints, authentic colour and realistic texture. For ages 4 years old and up, unless your an adult who also like to play, why not?