Halloween Ends! Back in Stock and out to scare you this Halloween!

‘Halloween Ends’ The Official Replica gives us a look at the film’s mouldy Michael Myers Mask. With each film the mask gets more damaged. The mask features extreme weathering details including a mold effect. Trick and Treat Studios have made the official mask and it's here to buy from DragonGeeks. 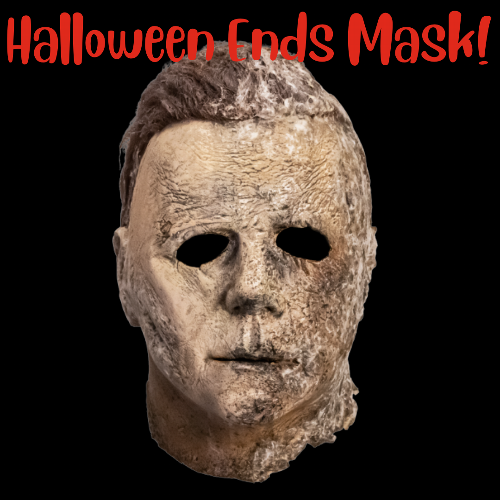 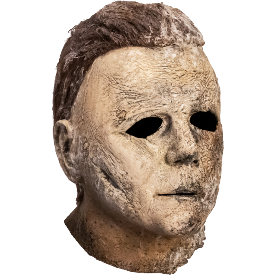 “The mask features extreme weathering details including a mold effect,” Trick or Treat Studios have said. Their mask giving us a good idea of what the mask will look like on screen.

Mask measures approximately 26" around at the brow. 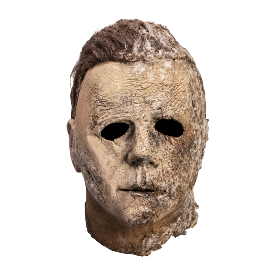 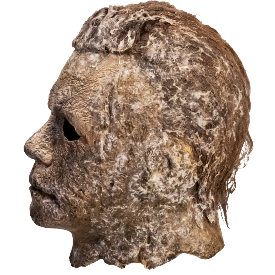 The official plot synopsis for Halloween Ends is that it is set four years after the events of last year’s Halloween Kills. Laurie is living with her granddaughter Allyson (Andi Matichak) and is finishing writing her memoir. Michael Myers hasn’t been seen since. Laurie, had allowed Michael to determine and drive her life for decades. Laurie has since decided to liberate life and embrace it.  However, when a young man, Corey Cunningham (Rohan Campbell), is accused of killing a boy he was babysitting, it sets off a huge amount of violence and terror. This forces Laurie to finally confront the evil she can’t control and end it once and for all!

To truly embrace Halloween Ends, get your Mask today and be ready to scare your friends and foes witless! 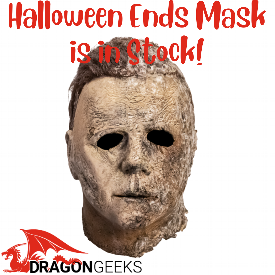