'Alien' 40th Anniversary Wave 3 figures are in at DragonGeeks! 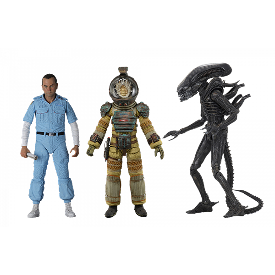 Released to cinemas in 1979, Alien became one of the most successful films of the year and has since grown to be a timeless sci-fi classic.

To celebrate the film’s 40th Wave 3 will include Ash with the incredible likeness of Ian Holm, Kane is his spacesuit and the dreaded 'Alien'! Each figure sold separately and Kane and Ash come with will come a variety of accessories.

NECA have delivered again with highly made quality figures. They are priced at £36 each.